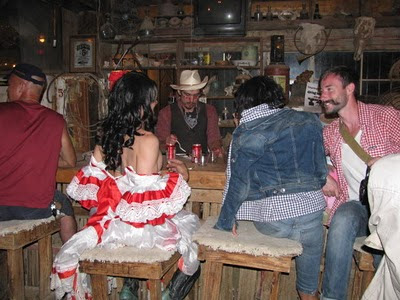 Last night Steve and I drove out the Ajo Highway past Three Points to Cowtown Keeylocko. This is a working cattle and horse ranch owned by Ed Keeylocko, who bought the land after returning from the Vietnam war. Ed loves the Wild West myth, and has built a small town that he proclaims is "The Way the West Really Was". 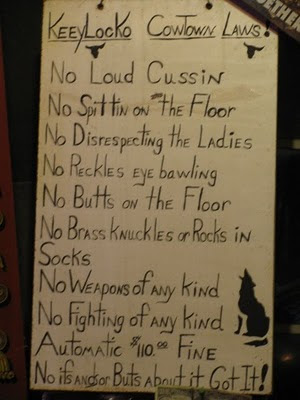 Actually, he has improved on the way the west was and is, because his house rules require a level of civility that has never been seen in the real world. 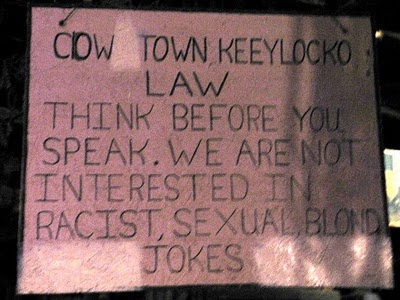 The Blue Dog Saloon is a barn with a sand floor and two bars. Suspended from the ceiling, hanging on the walls and crowded onto every surface are saddles, ropes, photos, animal heads, a baby buggy and an accumulation of decades of dusty old stuff. 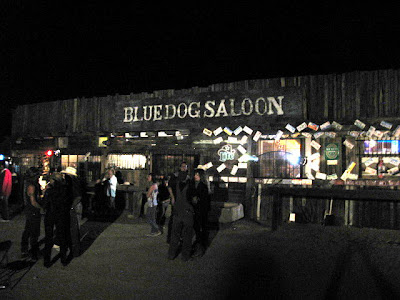 Inspired by the movie "Lonesome Cowboys", filmed by Andy Warhol in southern Arizona, French-born Tucson singer Marianne Dissard filmed part of "Lonesome Cowgirls" at Keeylocko last night. Thanks to incorrect directions in The Tucson Weekly, we missed the filming, which must have been fun. By the time we finally found this ranch at the end of six miles of dirt roads off Highway 86, the costumed actors, including Tucson's own magical Flam Chen, were busy drinking and listening to Marianne crooning in French. 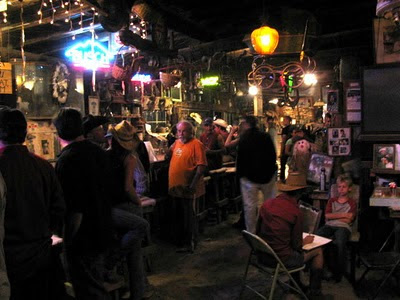 Keeylocko is a delightful Tucson treasure that reminds me of Valley of the Moon. Generous, imaginative men of vision created their versions of utopia, and then invited the world into their homes.
Posted by Donna Moulton at 2:46 PM

Email ThisBlogThis!Share to TwitterShare to FacebookShare to Pinterest
Labels: Music, Why I Love Tucson

you won't believe this but my 2 stepbrothers are buried at Cowtown Keeylocko..I haven't been there since the 2nd one passed away, but would love to take my sisters there..long story..tell you over lunch someday..but I can't recall how to get there..can you give me directions?

That is pretty amazing, Paula. I would love to hear the details.

To get to Cowtown Keeylocko, head west on Ajo Way past Three Points. Turn left on Hayhook Road, just before the Border Patrol checkpoint. You will be on a dirt road for at least five miles. There will be signs leading you west and then northwest. Lots of turns, but it's not too difficult to find.

The Border Patrol recently moved their checkpoint to the east of Hayhook Ranch Road so now you much go through the checkpoint and then a short distance further before you turn left (south). Be prepared for a bunch of washboard road until you get closer to the ranch.

Thanks for the info. So, do you still turn south on Hayhook after getting past the check point, or do you turn south at the next road after that?